In the past six months, there were a lot of changes here at Flutterwave. Some big news – we hired a new Chief Financial Officer, Chief People Officer, Chief Technology Officer… a lot of chiefs. Most notably, our Chief People Officer, Mansi Babyloni, came back! Mansi was with us but left in December 2020. After a year and a half, however, she realised she just needed to return. This was a huge delight to us all. In smaller news, but still big in its own right – we completely refurbished our Lagos office. It’s brighter, thus making it appear bigger on the inside, with our new brand logo and colours, murals, new furniture, and even a basketball hoop. Something we are all proud of. 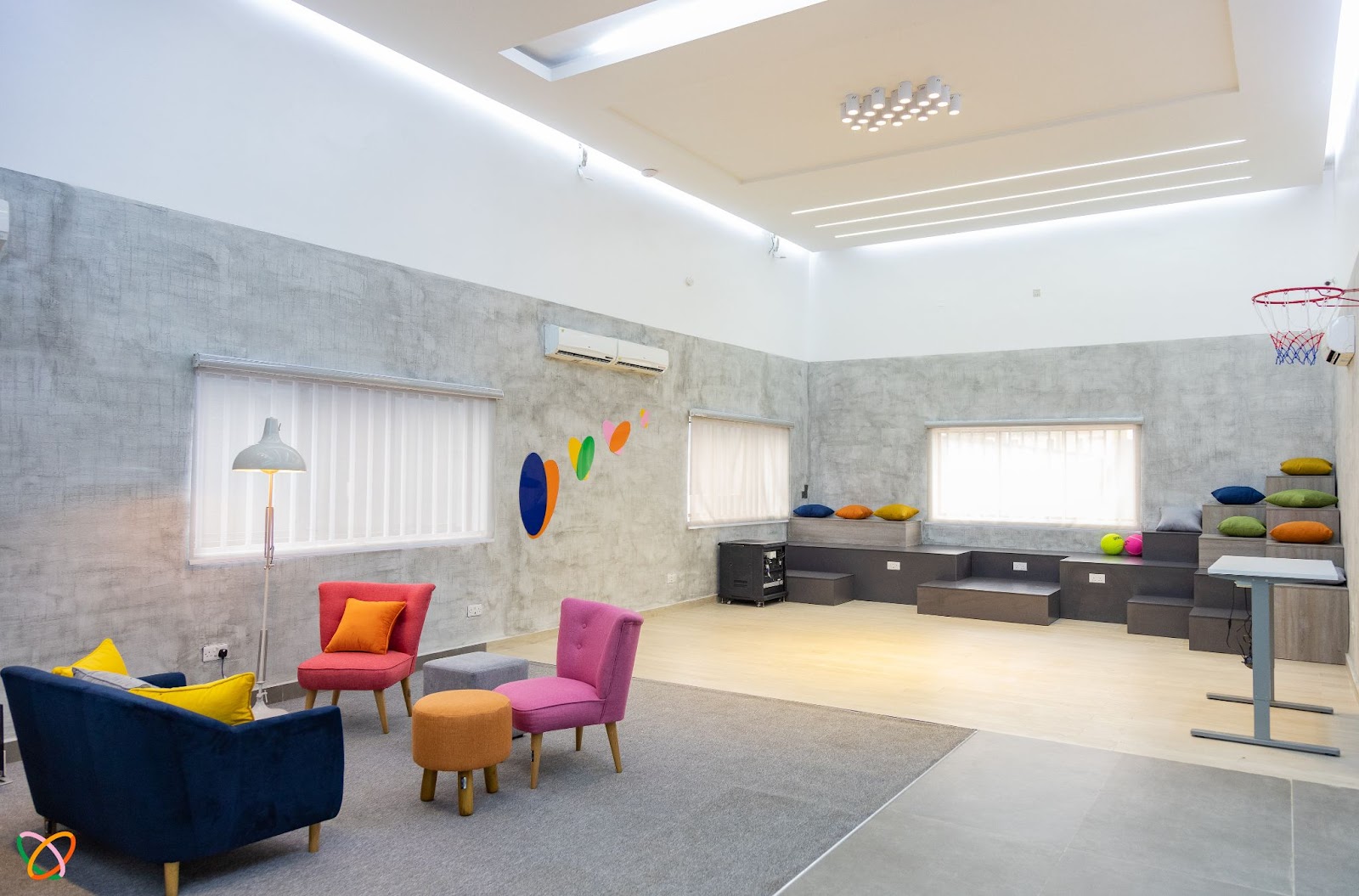 One day, GB had an idea: “let’s host a startup mixer at the office. We have a lot to celebrate. Most of the executive staff are in Lagos at the same time, which doesn’t happen often. Let’s invite our clients, customers and friends of the house, and just have a good time.”

This was what birthed the “Happy Hour at the Wave” as it has been tagged. So we got to planning. After a week of deliberating dates, contacting vendors, curating guest lists and general organising, the day finally came. Thursday 18th August, 6 p.m. Guests trickled in between 6 and 7 p.m., but after 7, the event was in full swing.

It was deliberately supposed to be a relaxed evening. No formal seating arrangements, no formal speeches, no black tie. The idea was for people to come, eat (a lot), drink (a lot), chat, mingle and speak freely. At about 8 p.m., GB started a “pass the mic” thing where he said hello to everyone, briefly explained the reason for the evening, and then passed on to others to say hi and give quick introductions. Oneal Bhambani (CFO), Mansi Babyloni (CPO), James Hardy (Retail Commercial Growth Lead), and Ernest Obi (Global Head, Enterprise Sales). A fun little game.

We had a number of merchants and friends of the house present: Chrysalis, 9PSB, OurPass, Lipa Later, PiggyVest, KPMG, UBA, and Blackcopper – to name a few. It was awesome to see some of our customers also connect with each other and catch up. Who knows, some new partnerships just might have been ignited that night. 😀

To round up the evening, we handed out Flutterwave branded tote bags with some of our merch included, as a take-home gift. At about 9 p.m., the evening began to wind down. It was a Thursday night, so there were no high expectations of a late-night party; perfect for what we wanted to achieve. This video gives a nice roundup of how the night went. It was a night of good vibes, good conversation, good food and drinks. Here’s to many more to come. 🥂